I’m registering multiple family members. Can we combine our fundraising efforts to just one page?

Absolutely! We encourage it, actually. Teams should NOT do this. Only families who don't want Aunt Edna to have to donate 3 separate times to 3 separate kids.

In order to do so, FIRST email us at registration@tapcancerout.org and give us a heads up that you’re doing this so we don’t charge one of the fundraisers with a registration fee (for not exceeding $250 on their individual page) when they arrive.

Next, you're going to focus your fundraising on just one page and ignore the other(s). So for example, if you've signed up David, Sarah, and Ryan, you can use David's fundraising page as your primary fundraising page and just leave Sarah and Ryan's pages alone (don't share them).

You'll want to customize the fundraising page so that it represents all the individuals associated with the page. You can do that in a few ways: 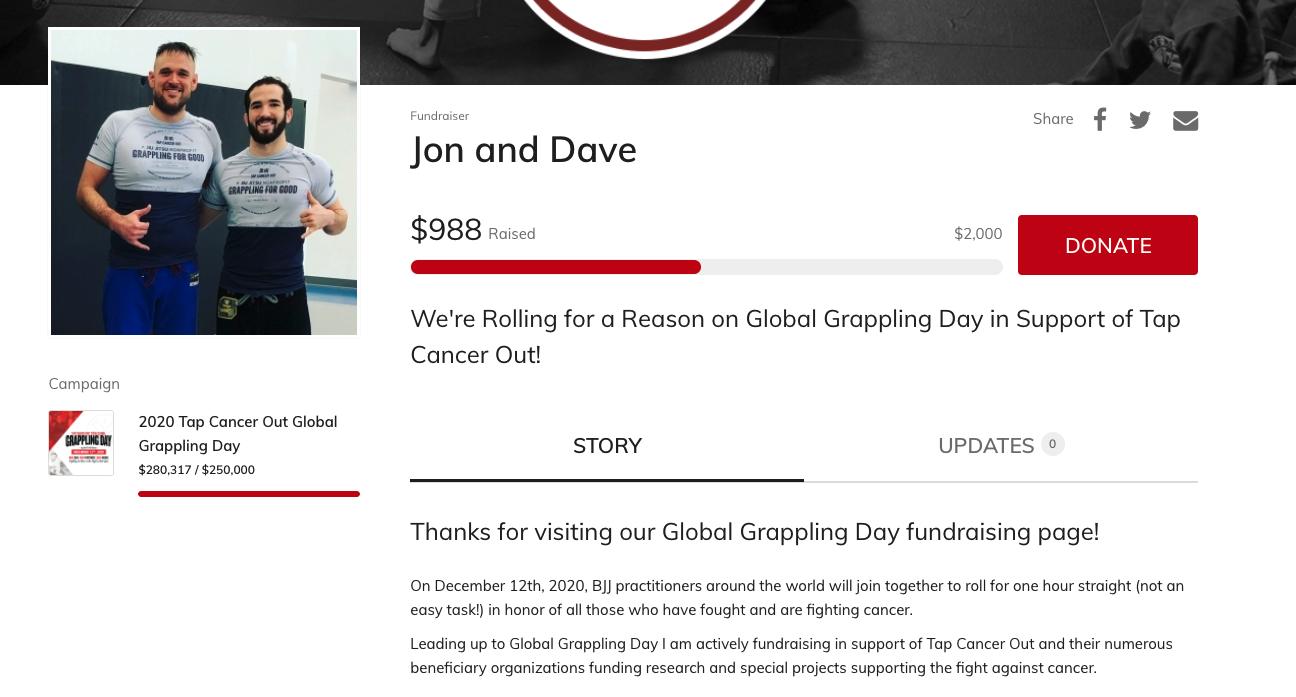 How We Split the Perks:
We split the perks as equitably as possible. We can split them down the middle, if that makes the most sense. So for example, if there are two fundraisers and their page raises $500, splitting it $250 / $250 makes the most sense so both competitors can compete for free. However, if they raise $1,000, splitting it $500 / $500 would leave them both short of the $600 perk level. It would make more sense to split it $600 / $400 so between the two of them they've earned 2 free entries, 2 fundraiser tees, and 1 hoodie or rashguard.

This may require some discussion with you and our team to get on the same page, so if you have any questions about the split please reach out to us BEFORE the tournament so we can lay out the options.

Next Article in Topic

Not finding what you're looking for? Contact Us Directly